The role of the Koozali SME Server

Your server also provides services - including e-mail, web access and a powerful file sharing and collaboration feature called "i-bays" - that allow you to communicate better internally and with the rest of the world using the Internet.

Throughout this user's guide, the word gateway is used to mean the device that acts as the interface between your local, internal network and the external world. 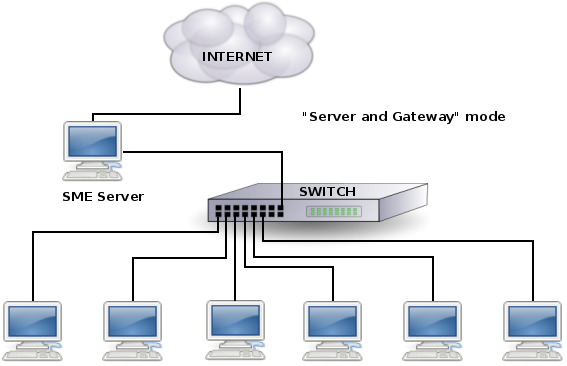 If you prefer, you can also run your SME Server in "server-only" mode. In "server-only" mode, your server provides your network with services, but not the routing and security functions associated with the role of "gateway". The server-only mode is typically used for networks already behind a firewall. In that configuration, the firewall fulfills the role of gateway, providing routing and network security. 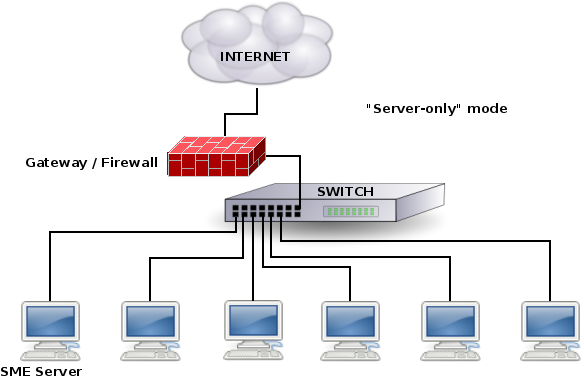 Illustration of flow for Server only Mode

Once installed, your SME Server can be configured and managed remotely. Routine administration is handled from your desktop using a web-based interface, so only on rare occasions will you require direct access to the server computer. Once installation is complete, most customers put the server in an out-of-the-way place like a utility closet. If you wish, you can disconnect the keyboard and monitor. (Note that some computers may not operate correctly without an attached keyboard.)