For testing purposes hardware compatibility is a particularly important concern if you have an older or custom-built system. Because hardware specifications change almost daily, it is recommended that systems should be checked for compatibility. The most recent list of supported hardware can be found in the Red Hat Hardware Compatibility List, available online at https://access.redhat.com/ecosystem/search/#/category/Server. Also see Red Hat Enterprise Linux technology capabilities and limits for general information about system requirements.

As a general rule just about any hardware will suffice as a Standalone test machines or as a host for a virtual environment.

For sme10 a minimum of 4gb of RAM is recommended, you can try with less but may have issues when testing under load, eg backup and restores of large file sets.

Its simple for those who do this regularly, it can be a bloody mine pit for someone who doesn't 🙂 very easy to kill a test system and no way to get out but wipe and start again, please don't be put off, if nothing else it sure educates you on the blackmagic in koozali/sme

1. Install current iso that is available from the Koozali webssite - Downloads

2. Once installed, use SSH, SSH access must be enabled with the /server-manager, set remote access to allow, from the cli run a # yum update (DO NOT enable any repos) there can be many mb of updates depending on age of iso, on occasion ie very very rarely smeserver-yum may also need updating first, it may be in smeupdates-testing or updates, so a heads up a quick look under the hood can save a world of grief, Koozali Repository eg

4. Best practice is to select a Bug that need verifying, See the Dashboard in the wiki, update the package with the updated rpm listed in the Bug

6. If you issue the following

you will update ALL the packages that have been updated or added and need testing, every new/modified rpm - a danger Will Robinson moment if there ever was one - this not recommended but can be useful to carry out overall testing of the system or Contrib updates/import testing and verification BUT beware you could also kill your test box VM 🙂

For testing of contribs a simple install and yum update should be sufficient to prepare the test environment, however it may also be necessary to also include a yum update from /smeupdates-testing as well, this will become apparent when attempting an install of an updated contrib.

Contribs for testing will usually be found in the /smedev /smetest repos, all will have a Bug to track the update.

Those contribs found in the /smetest repo will generally be able to be installed and tested for functionality, report all findings in associated Bug. Those contribs in /smedev may still have a degree of instability and may install but not run, again all results to relevant bug.

Any contrib that has been moved to the sme10 contribs repo should be fully functional, again there will be a Bug that may still be open to track any issues, use it.

Very remiss of me (Terry Fage) in not mentioning the MacOS setup was captured and written up by Chris (I wont list his username unless he wants to) I simply copied pasted, we need more Chris's 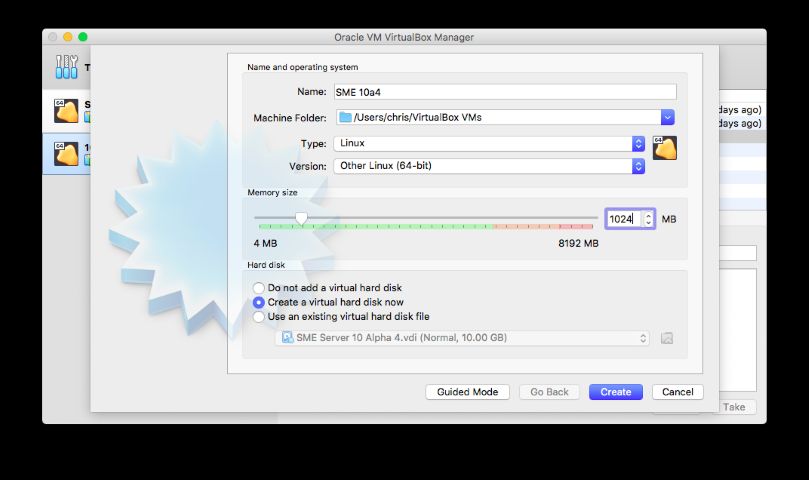 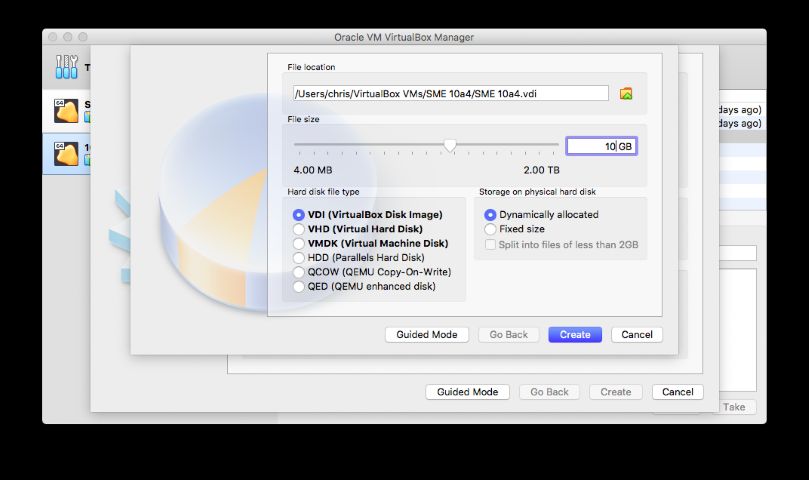 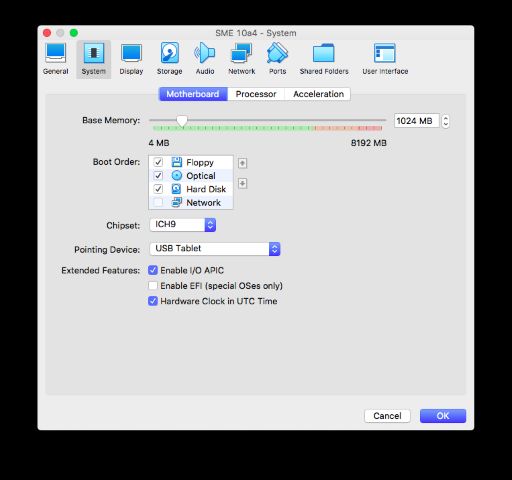 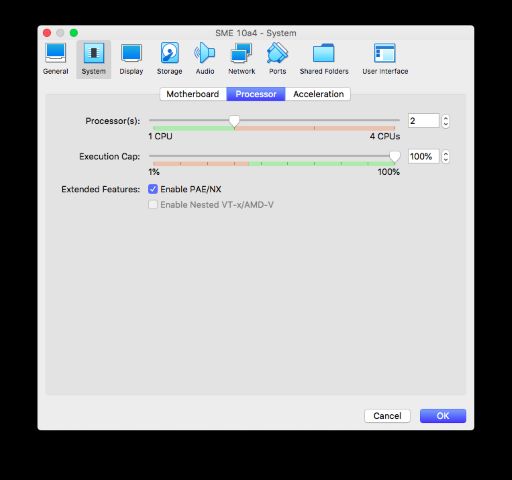 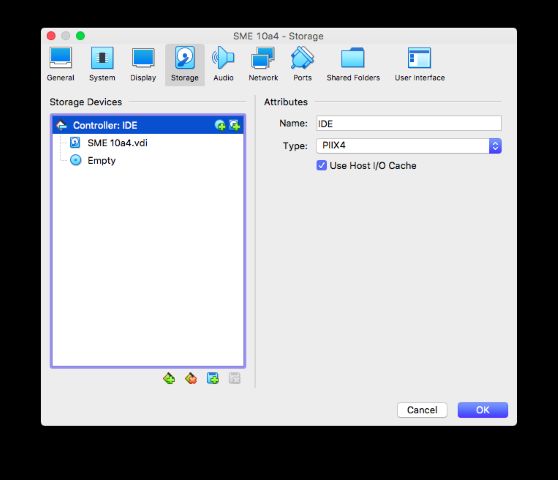 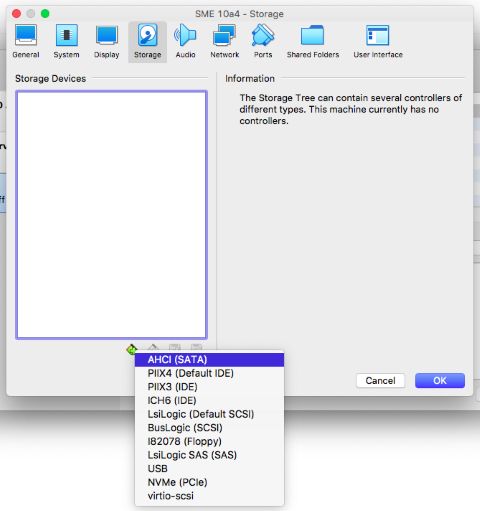 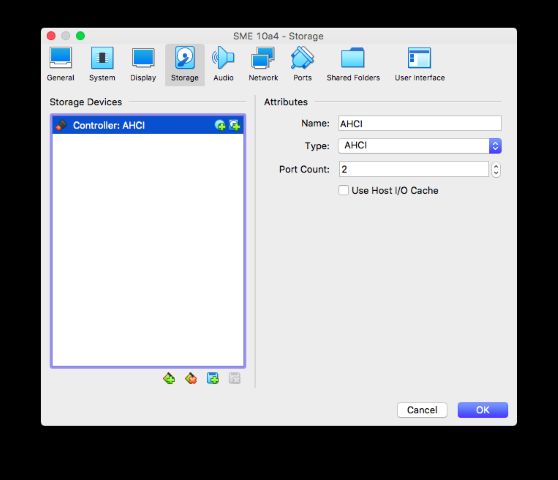 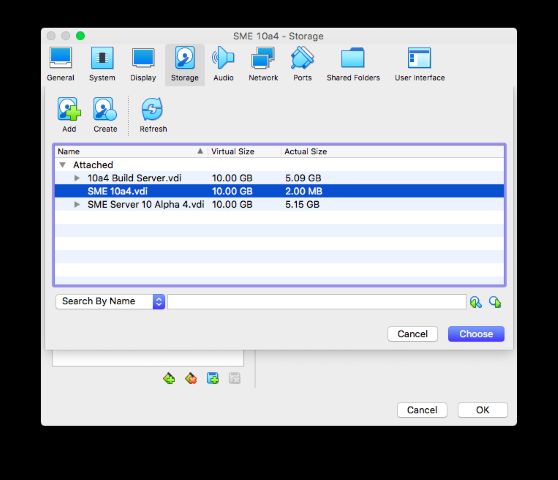 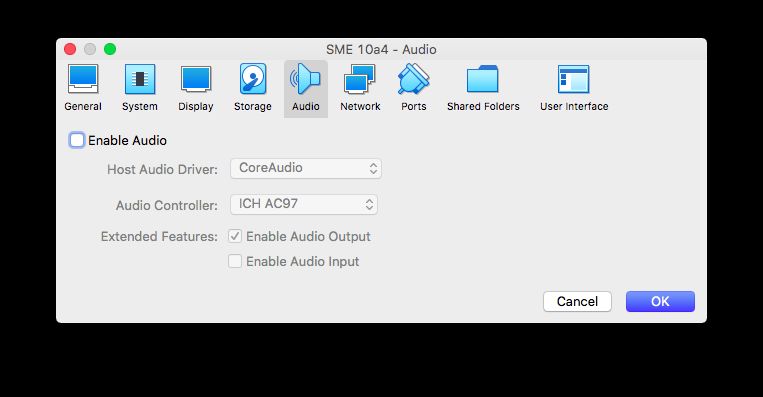 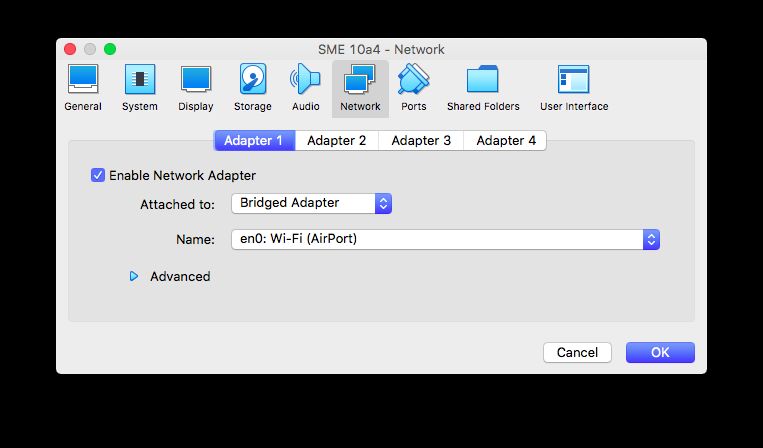 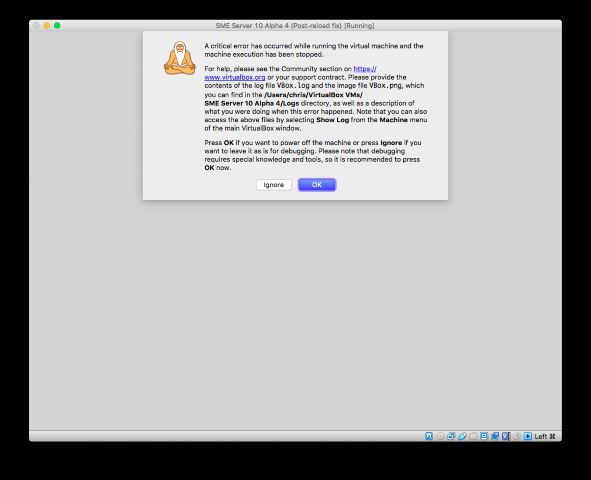 We will use the vmbr0 that is set up, but we need to create a dummy one so we can put SME in server/gateway mode and use Daniels scripts:

Model: virtio
MAC: should be the MAC of your main IP address

It doesn't matter which one is 0 or 1 as long as the settings are correct.