The SME Server development team is pleased to announce the release of SME Server 9.0 which is based on CentOS 6.5.

Bug reports and reports of potential bugs should be raised in the bug tracker (and only there, please); 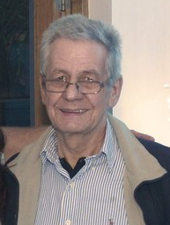 Linux distributions like the Koozali SME Server project rely on the efforts of individuals who shun the limelight and work tirelessly in the background ensuring we all have a distribution that is more than just "the usual".

One such member of our community was Chris Burnat, sadly on Wednesday 11th June 2014 Chris passed away. He was a long time user-developer and one of the most ardent supporters of Koozali SME, we all owe him an enormous debt of gratitude.

The release of Koozali SME9 was and is dedicated to Chris Without him it would be nowhere near ready.

If you download and use it, please remember him and his work, and that of all the other contributors who work tirelessly to make Koozali SME Server as good as it is.

We extend our thoughts and deepest sympathies to his family. Please go here for further details

Koozali Foundation Inc. together with its community hosted at https://contribs.org is a collaborative effort of volunteers. You too can contribute to the development and continuity of the Koozali SME Server project as described on our volunteering page. Everybody is welcome to join the already 4000+ member contribs.org community and can contribute with any skill set.

You can also show your support by making financial donations. The preferred way to make financial donations is using the donate option in the forums. You are free to choose any amount and frequency, being monthly, yearly or only once. The benefit of donating through your forums account is that your forum user name will receive a badge, showing your donation status. If you do not have a forum account, you can create one, or select the below PayPal option to make your donations.

Koozali Foundation Inc. is happy to supply an invoice for any donations received. For more information on invoicing please send a mail to treasurer@koozali.org.

Thank you for your considerations and support!

SME Server is the leading Linux distribution for small and medium enterprises. SME Server is brought to you by Koozali Foundation, Inc., a non-profit corporation that exists to provide marketing and legal support for SME Server.

SME Server is freely available under the GNU General Public License and is only possible through the efforts of the SME Server community. However, the availability and quality of SME Server is dependent on meeting our expenses, such as hosting costs, server hardware, etc.

As such, we ask for a donation to offset costs and fund further development. a) If you are a school, a church, a non-profit organisation or an individual using SME Server for private purposes, we would appreciate you to contribute within your means toward the costs associated with hosting, maintenance and development. b) If you are a company or an integrator and you are deploying SME Server in the course of your work to generate revenue, we expect you to make a donation commensurate with the level of revenue you generate and the number of servers your have in the field. Please, help the project

Koozali Inc is happy to supply an invoice for any donations received, simply email treasurer@koozali.org

The development team would like to thank all of those who have involved themselves with this release.

The simplest way to do this is via a Console Backup to attached USB disk on the old server. Alternatively use one of the Backup & Restore options available in server manager panel, ie backup to desktop, or backup to workstation (either to attached USB or network share). Other non standard options exist to Backup virtual servers that do not have USB ports etc, & Restore to similar virtual systems, eg using ssh.

Add on contrib rpm packages will need to be re-installed on the new SME 9.x server as these are NOT included in the backup. Contrib data & configuration is included in backups & will be restored, but its usefulness will depend on the contrib design being unchanged between older (SME7/el4 or SME8/el5) & SME9/el6 package versions.

Other manual tweaks eg custom templates or scripts, will need to be deleted & recreated in line with SME 9.x template code & base code.

Where extensive modifications have been made to the "old server (eg SME8.1)", it is recommended to carry out a test backup & restore upgrade first, to discover any problems & ascertain suitable fixes & workarounds. Removing contribs & custom templates before upgrading is recommended.

The spare handling for RAID arrays is not implemented.

The installer has been substantially modified in Beta 3.

The remaining relevant patches from SME Server 8 have been ported.

Note: The spare handling for RAID arrays is not implemented. Workstation Backup has had many minor changes, see below for details.

A new feature has been introduced to block SSH login attempts, http://wiki.contribs.org/AutoBlock

It is set by default to reject SSH connections when there have been 3 or more requests in the previous 15 minutes.

See the link above to tune the defaults, or to disable:

The installer has been substantially modified in Beta 2. It now creates the degraded RAID1 array with a single disk install. Some, but not all, install options are now supported.

The base has been updated to CentOS 6.5

The network interface code has been reworked to remove all hardcoding relating to eth0 and eth1.

Changes in this release

This section will be further updated in a later release Currently this only shows changes since SME Server 9.0 Alpha 3 and it is autogenerated from the changelogs. A more human readable version will be written.

Packages altered by Centos, Redhat, and Fedora-associated developers are not included.

- Workstation Backup, do not exclude dar files by default in line with console backup.

- Update the text in the Backup panel.

- Workstation Backup, add a choice to delete old backup before or after backup.

- Use Wake on LAN before starting Backup with DAR.

- Require cifs-utils and use UNC paths for cifs mount.

- Improve text in console backup for success and failure.

- Patch to exclude trying to backup aquota.* files so that backups to tape will succeed.

- Update to the latest version of console restore.

- Boostrap console should only offer restore if no password set.

- Minor non-functional updates based on PerlCritic and review comments

- Workstation Backup, remove the need for a temporary directory, updated.

- Simplification of the time routines.

- Workstation Backup, remove the need for a temporary directory.

- Allow configuration of workstation backup if no removable disk present

- Workstation Backup, do not create folder in /

- Remove 20smb as migrating from pre-SME7 is not supported

- Only present one auth method at a time, in order, to NET::SMTP.

- Fix handling of messages with no body and no trailing \n after headers (eq was used in attempted assignment).

- Avoid use of unitialised variables in smtp migrate fragments.

- Accept messages with no body and no trailing \n after headers.

- Listen on loopback if disabled.

- Fix permissions on imapd.pem as it's used by pop3s.

- Do not obsolete bglibs, it's required for cvm.

- Do not obsolete cvm, it's still needed for qpsmtpd.

- reads MaxMessageSize prop of spamassassin and adds it to the arguments of the plugin if defined.

- Don't use SSL over loopback.

- Replace last change with a default value for horde access

- Ensure initialisation of variables in webmail-only-local-network.

Other fixes and updates

- Do not hardcode NIC names to eth0 and eth1.

- Return nic names in probeAdapters so we can drop HWAddress.

- Load the bonding module if NIC bonding is enabled.

- Define the udev-post service in the DB.

- Provide the ability to restrict ibay access to http.

- Provide the ability to force https per ibay.

- Update the full names of users added in %pre.

- Fix uid and gid to be the same for the users added in %pre.

- Changed Prereq to Requires(pre) as Prereq is deprecated.

- Disable IPv6 on a default install.

- In the console refer to removable media instead of USB disk.

- Don't be as agressive on rate limiting.

- Patch to remove symlink to Primary ibay from /home/e-smith/files/primary.

- Add e-smith as a Requires(pre) and remove adding users in %pre.

- Fix uid and gid to be the same in create-system-user.

- Make rsyslog listen to our socket.

- Add directive to options.pptpd so that radius plugin can find the radiusclient configuration file..

- nodmraid is the default for SME 9.0 installs.

- Give more time to the grub menu.

- Boostrap console should only offer restore if no password set

- Refer to removable media not CDROM in console restore

- Add SSLRequireSSL to ibays when SSL is set to enabled

- Use mysql_upgrade --force due to upgrade to MySQL 5.1

- Add -n 1 to the dmesg line in rc.sysinit to prevent unwanted messages appearing on the console

- Add logcheck to help analyse errors in the log files

- Display a warning with the domain name before to remove it

- Based on CentOS 6.5 and all available updates